Regional heterogeneity in gene expression, regulation, and coherence in the frontal cortex and hippocampus across development and schizophrenia The hippocampus formation, although prominently implicated in schizophrenia pathogenesis, has been overlooked in large-scale genomics efforts in the schizophrenic brain. We performed RNA-seq in hippocampi and dorsolateral prefrontal cortices (DLPFCs) from 551 individuals (286 with schizophrenia). We identified substantial regional differences in gene expression and found widespread developmental differences that were independent of cellular composition. We identified 48 and 245 differentially expressed genes (DEGs) associated with schizophrenia within the hippocampus and DLPFC, with little overlap between the brain regions. 124 of 163 (76.6%) of schizophrenia GWAS risk loci contained eQTLs in any region. Transcriptome-wide association studies in each region identified many novel schizophrenia risk features that were brain region-specific. Last, we identified potential molecular correlates of in vivo evidence of altered prefrontal-hippocampal functional coherence in schizophrenia. These results underscore the complexity and regional heterogeneity of the transcriptional correlates of schizophrenia and offer new insights into potentially causative biology. 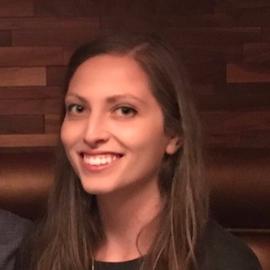